The pp masterbatch can make the pigment have better dispersibility in the product, which is beneficial to maintain the chemical stability of the pigment and to ensure the stability of the color of the product. Thereby protecting the health and safety of the operator. We all know that since June 1, 2008, the state has implemented a &ldquo;plastic limit order&rdquo; to limit and reduce the use of plastic bags to curb &ldquo;white pollution&rdquo;.

With the popularity of plastic limit orders and the enhancement of people's environmental protection concepts, manufacturers have begun to use non-woven bags instead of disposable plastic bags. Therefore, as a high-quality masterbatch manufacturer, Dongguan Hanling Plastic Co., Ltd. A PP masterbatch for nonwovens suitable for coloring polypropylene fibers. It is more convenient to use and more environmentally friendly. 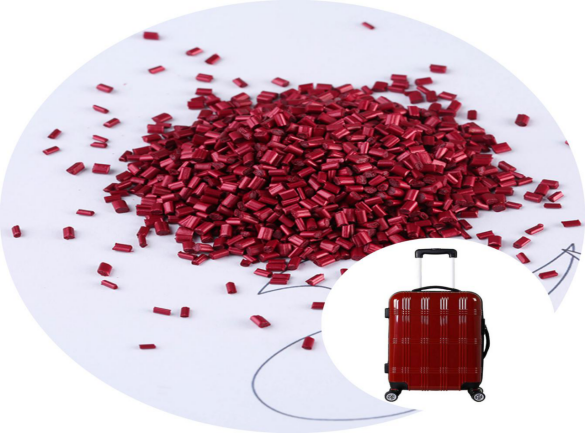 The most important one is that the masterbatch is fully refined in the polypropylene fiber and uniformly dispersed. The fine dispersion of the masterbatch can make the color distribution of the polypropylene fiber very uniform, and the fine dispersion of the masterbatch is the aggregation of the pigment or The agglomerates are broken to minimize the particles, and the key is to evenly disperse. The effect of dispersion has an effect on the color, transparency, gloss, fiber strength, elongation, aging resistance and electrical and negative rate of the colored polypropylene fibers. In general, pigments with a particle size of less than 1 um can be used for fibers or ultra-thin films, and more than 5 um will result in a matte surface of the fibers. If it is larger than 10 um, it will cause spots and streaks on the surface of the fibers, and will increase with particle size. The breaking strength and elongation of large fibers are continuously decreasing. The finer the particle size, the stronger the coloring power, the better the dispersibility, and the smaller the particle size, the larger the surface, resulting in an increase in hiding power.