Color masterbatch is a plastic colorant made of a high proportion of pigments or additives and thermoplastic resin, which is well dispersed. The selected resin has a good wetting and dispersing effect on the colorant, and has a good compatibility with the material being colored.Namely: pigment + carrier + additive = color masterbatch. 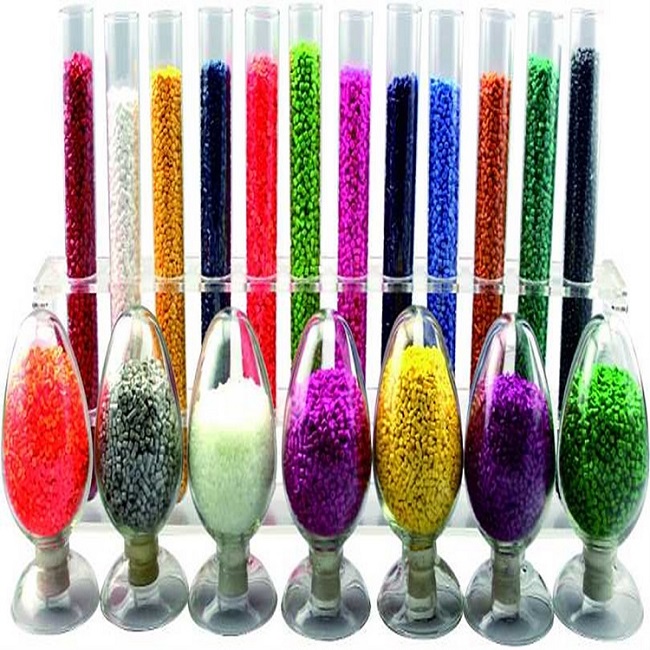 1. Metal soap production: the particle size of the pigment is about 1μm after grinding, and soap liquid is added at a certain temperature, so that the surface layer of each pigment particle is evenly wetted by the soap liquid to form a layer of saponification liquid. After the salt solution is added, it chemically reacts with the saponification layer on the surface of the pigment to form a protective layer of metal soap (magnesium stearate), so that the finely ground pigment particles will not cause flocculation and protect a certain amount of fineness. degree.

3. Ink production: As the name suggests, it is a production method that uses ink color paste in the production of black masterbatch, that is, through three-roll grinding, the surface of the pigment is coated with a low-molecular protective layer. The ground fine color paste is mixed with the carrier resin, and then plasticized by a two-roll plastic mill (also called a two-roll mill), and pelletized by a single-screw or twin-screw extruder.

4. Production by washing method: the pigment, water and dispersant are sand-milled to make the pigment particles smaller than 1μm, and the pigment is transferred into the oil phase by the phase transfer method, and then dried to obtain black masterbatch. Organic solvents and corresponding solvent recovery devices are required for phase inversion.